Dr. Williams held a multiplication bee for the fourth and fifth grade students. Fifteen students out of the fourth grade, five per class, were chosen through a timed assessment to compete in the Nora Davis Multiplication Bee. These fifteen students competed in another one minute drill, and the top five were chosen to go on to the district competition as well as compete in a head to head run off for the title of Nora Davis Multiplication Champion. Donovan Haskin came out on top as the champion after a very spirited showing of great multiplication fact knowledge from all competitors. The top five will go on to compete in the Laurel School District Multiplication Bee to be held on Thursday, November 5th at 10:00 am at Central Office. 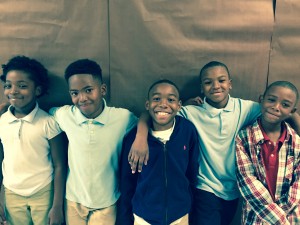