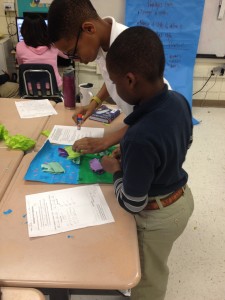 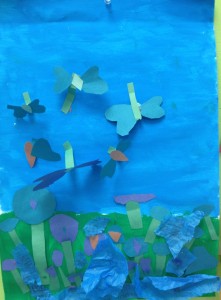 The students were challenged to create a piece of artwork that followed a specific math criteria. They had to paint and use certain media in its two dimensional and three dimensional forms by following steps! The challenge was that each media had either a decimal or fraction amount that had to be used. They students had to change fractions to decimals and decimals to fractions in order to create their artwork and to be able to compare the amount of media.